Can a small startup with a social purpose become a true competitor to Goliath Amazon? (Black Economy Excellence)

E-commerce has taken the world by storm in recent years, permeating every aspect of modern-day shopping from clothes, electronics accessories, and groceries. Everything is available with a click, and over the last decade, the e-commerce niche has grown into a gigantic market. This practice has led to the sprouting of innumerable e-commerce retail chain stores, each competing for this fast-growing market.

Trends and the Future of E-commerce

E-commerce has become one of the fastest-growing enterprises in the world. Every year, the number of people worldwide shifting from physical shopping to getting items from online retailers is nearly inconceivable, with over a million shifting to this new, faster, and effortless market trend. This growth is only expected to continue, with experts arguing that e-commerce has barely scratched the surface of its true potential. By the end of the year 2019, e-commerce sales had soared to a record-breaking $3.5 trillion, which is approximately 15% of the global retail market.

The origin of e-commerce

The increasing prominence of e-commerce in 21st-century society only begs the question of the much unknown origin of this major sector. E-commerce was originally used to describe the early electronic transfer of funds through means such as Electronic Data Interchange and Electronic Funds Transfer. Electronic transfer of funds made it possible for businesses to deal with distant clients and process commercial documentation faster and at a cheaper cost.
The evolution of the internet in the 1990s gave birth to the modern notion of e-commerce. The Dotcom bubble that ensued with the increased advancement of internet technologies helped accelerate the growth of e-commerce sites. By 2001, the volume of Business-to-Business (B2B) transactions had risen to $700 billion. The Dot-com bubble was short-lived and culminated in the stock-market downturn of 2002. The end of the dot-com era led to the collapse of several internet giants such as Webvan and Pets.co. Others that had already built a reputation for themselves managed to weather the storm and survive. Among these were Cisco, Qualcomm, and, you guessed right, Amazon.
Over the next two decades, confidence in internet ventures was slowly regained. Older companies began to rebuild their markets as newer companies struggled to get a share of this fast-growing market. 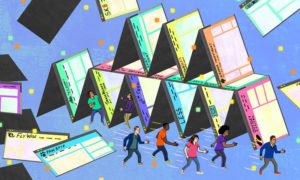 Technology has taken tremendous strides since the 2000s. Websites have become faster, responsive, and aesthetic in their design and functionality. Numerous e-commerce sites have been created, with some barely surviving their first five years in business while others continue to flourish and thrive. All signs, however, point to another dot-com bubble. In 2019 alone, over $3 trillion was spent on online retail stores, and this number is only expected to rise.

Even before the pandemic hit and caused the temporary halt of half of the world’s businesses and social activities, it was projected that online retail sales in 2020 would exceed the $4 trillion mark, which represents 16% percent of retail sales worldwide. The COVID-19 pandemic has only accelerated the growth of e-commerce and revolutionized the retail industry.
By evolving to meet customer demands at each turn, the e-commerce market has slowly built a loyal following. It continues to attract many more people into the online shopping culture. The creating of global shipping companies has made online not only easier but also faster by cutting the long waiting periods that online shoppers were previously subjected to. Online companies even offer same-day delivery, which has wildly increased the popularity of e-commerce and managed to woo the few
shoppers opposed to the prolonged shipping durations.
The impact of COVID-19 on the e-commerce market is so great that it may have hastened the growth of e-commerce by as much as ten years. Based on the COVID-19 growth projection, e-commerce should control well over a quarter of the retail industry.

Bezos and the Amazon Empire

It is impossible to discuss e-commerce without mentioning Amazon, the giant e-commerce site that has made its founder Jeff Bezos the richest
man on the planet for almost five years. Amazon is so synonymous with e-commerce that, had it the monopoly that Google has among search engines, it probably would have become the umbrella term that e-commerce goes by. In 1995, Amazon sold the very first item ever sold on the internet – a book. Since then, Amazon has grown into a world-renowned business empire, raking billions of dollars in profits each subsequent year. Various competitors exist, such as Chinese-owned Alibaba, but still, Amazon looms above the rest of the e-commerce sites, holding a kind of monopoly in the industry. Between 2018 and 2019, Amazon’s net revenue increased by nearly $49 billion from $232 billion to $280 billion. Amazon also has over 100 million members, half of whom spend more than $1000 a year in purchases. The magnitude of Amazon’s prowess is evident from its sales. The shopping giant averages $17 million in sales each hour, which in itself is no mean feat. 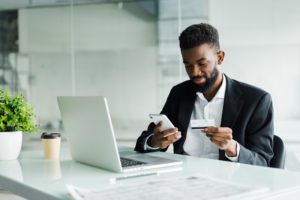 Even with the wide prominence of eCommerce sites and the ever-increasing fortunes of Amazon co-founder Jeff Bezos, the presence of black people in e-commerce is almost inexistent. In areas where black businesses exist online, they go barely unnoticed. The few black-owned e-commerce sites are often cast in the long shadow of industry leaders such as eBay, Amazon, Alibaba, and Walmart, among numerous others. This can be a huge impediment to black investors who wish for just a slice of the e-commerce cake.

In recent years, e-commerce has seen the entry and development of several black-owned e-commerce sites. The onset of the Buy Black Movement has helped speed up the growth of these e-commerce sites that previously stood almost no chance of survival in the face of the competition. These e-commerce sites are the hope of black people in society as they help increase the financial capability of black people, which is a critical step towards establishing advocacy for black people’s rights through influence. In the face of growing animosity towards people of color, police brutality, and outright discriminatory acts against black people based on their skin color, financial security has never been more important. Through it, black people can get a standing chance to fight back; through influence, and power, both
of which come with money. 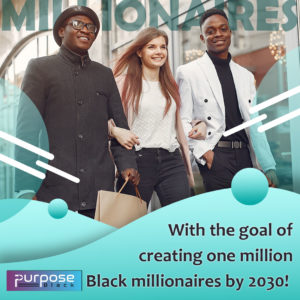 At the heart of the blackeconomic excellence movement is PurposeBlack, a black-owned e-commerce site that promotes black businesses by giving them fair and equal grounds to sell and market their products. In an America where black people have the highest unemployment rates and where blacks are paid a significantly lower salary than white people, business becomes the only viable option for financial security and the black man’s emancipation from financial shackles. This is the primary focus of PurposeBlack–the help black people effortlessly move their business online and reap the huge benefits that online retailing has to offer.

PurposeBlack is a revolutionary black marketplace that provides a platform through which black businesses can sell online.

The marketplace is aimed at providing a safe haven through which new entrepreneurs can grow and thrive online. Through the platform, PurposeBlackhelps black people support black excellence all over the world. The Buy Black initiative, which empowers black people to help other black people attain economic development by promoting black businesses, is an initiative that holds great potential for black excellence. It can greatly bootstrap the growth and development of black e-commerce sites such as PurposeBlack.
The purpose of PurposeBlack is not just to create a marketplace that black businesses can make a profit. The goal of PurposeBlack is to reinvest 70% of its proceeds back into black businesses. This effort is only a step towards attaining 1 million black millionaires in the next ten years. PurposeBlack also helps black people achieve liberation from a wage system that was designed to hold them back.

It is almost unthinkable that a small social-purpose startup-like PurposeBlack could even come close to retail giant Amazon, but like everything great ever made, it all starts with a dream.

Rivaling Amazon is a dream that PurposeBlack holds dear. In a similar way that Google toppled the then-dominant search engine and mail provider Yahoo in the 2000s, PurposeBlack aims to rival Amazon in the e-commerce sector. This ever-growing market and the fact that less than 40% of black people in America shop online means that there is still a huge reserve of untapped potential that PurposeBlack as a social purpose e-commerce website, can take advantage of.
This potential, coupled with the fact that PurposeBlack is a social purpose startup more concerned with creating a better world for black people than just making profits, is also a great reason why black people and supporters of the Buy Black movement need to rally behind the cause. This will greatly help create a sustainable and financially secure future for black people in the US and the world at large.

One response to “Can a small startup with a social purpose become a true competitor to Goliath Amazon? (Black Economy Excellence)”